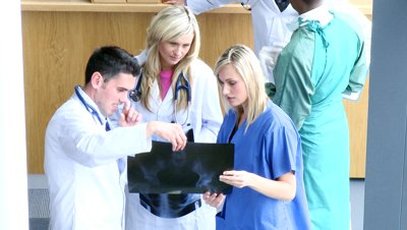 1849 - Elizabeth Blackwell is the first women to receive a medical degree in the United States.  She received her degree from Geneva Medical College in New York.

1850 - The first medical college for women is opened, The Women's Medical College of Pennsylvania.  There were 40 women enrolled immediately.

1857 - Elizabeth & Emily Blackwell and Maria Zakrzewska establish the New York infirmary for Women and Children.  It was the first hospital operated by women and the first to have clinical training for women.

1864 – Rebecca Lee Crumpler is the first African American woman to receive a medical degree.  She went to the New England Female Medical College.

1864-Mary Walker is the first woman commissioned as an assistant surgeon general in the United States Army.

1865 – Mary Walker earns the Congressional Medal of Honor for her service during the Civil War.

1889 – Susan La Flesche Picotte, is the first Native American Women to receive a medical degree in the US

1897 – Eliza Ann Geir, is the first African American women licensed to practice medicine in Georgia, she was an emancipated slave.

1943 – Margaret Craighilll, Is the first female physician to join the US Military.

1952 – Virginia Apgar, the first female to become a full-time professor at Columbia University.  She also developed the Apgar score, a standardized test used to evaluate newborns.

1973 – The AMA publishes the 1st editions of the Directory of Women Physicians in the US, to address the demand for information on women in the medical field.

1998 – Dr. Dickey is the first female president to be inaugurated in the AMA